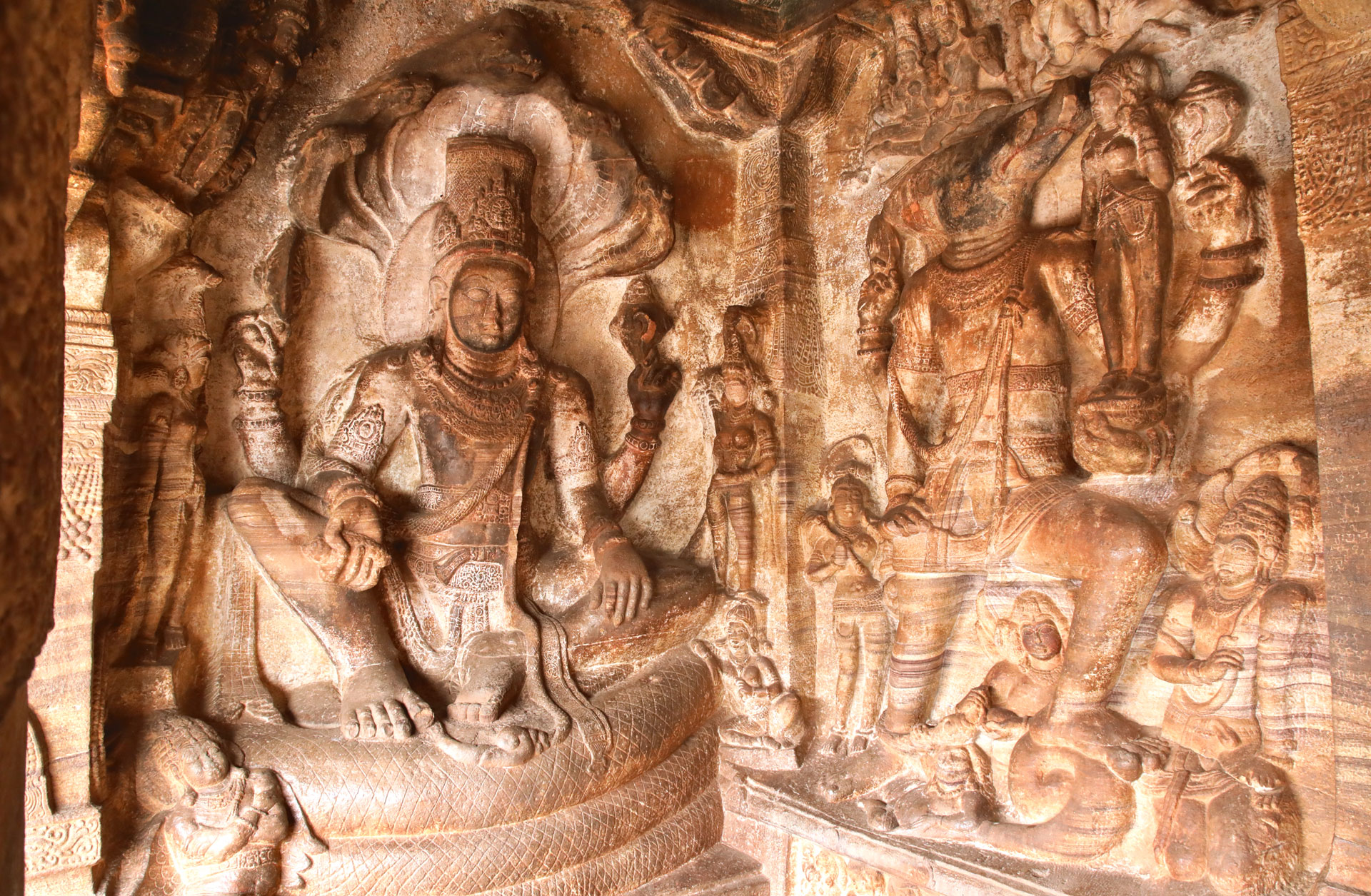 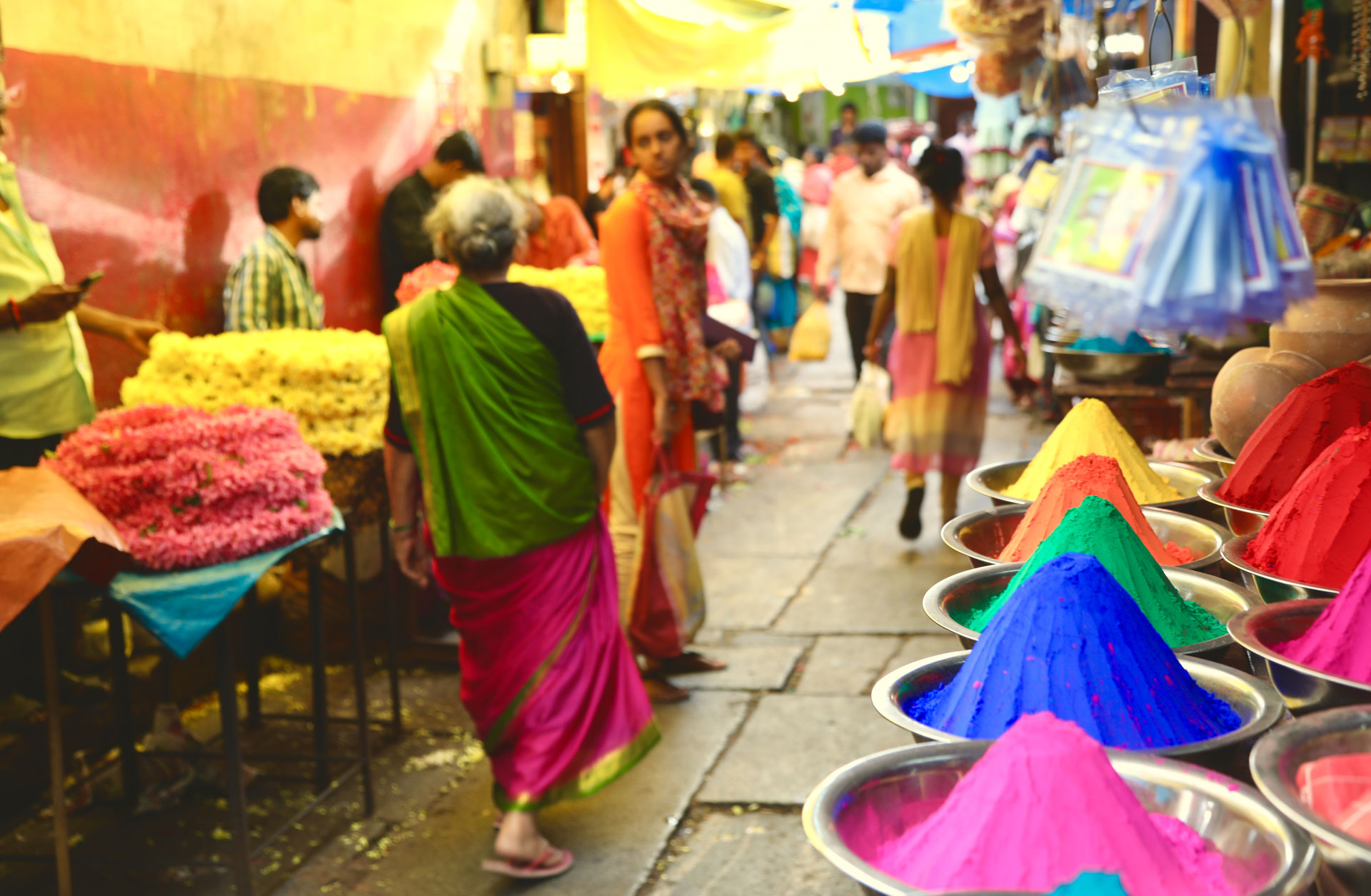 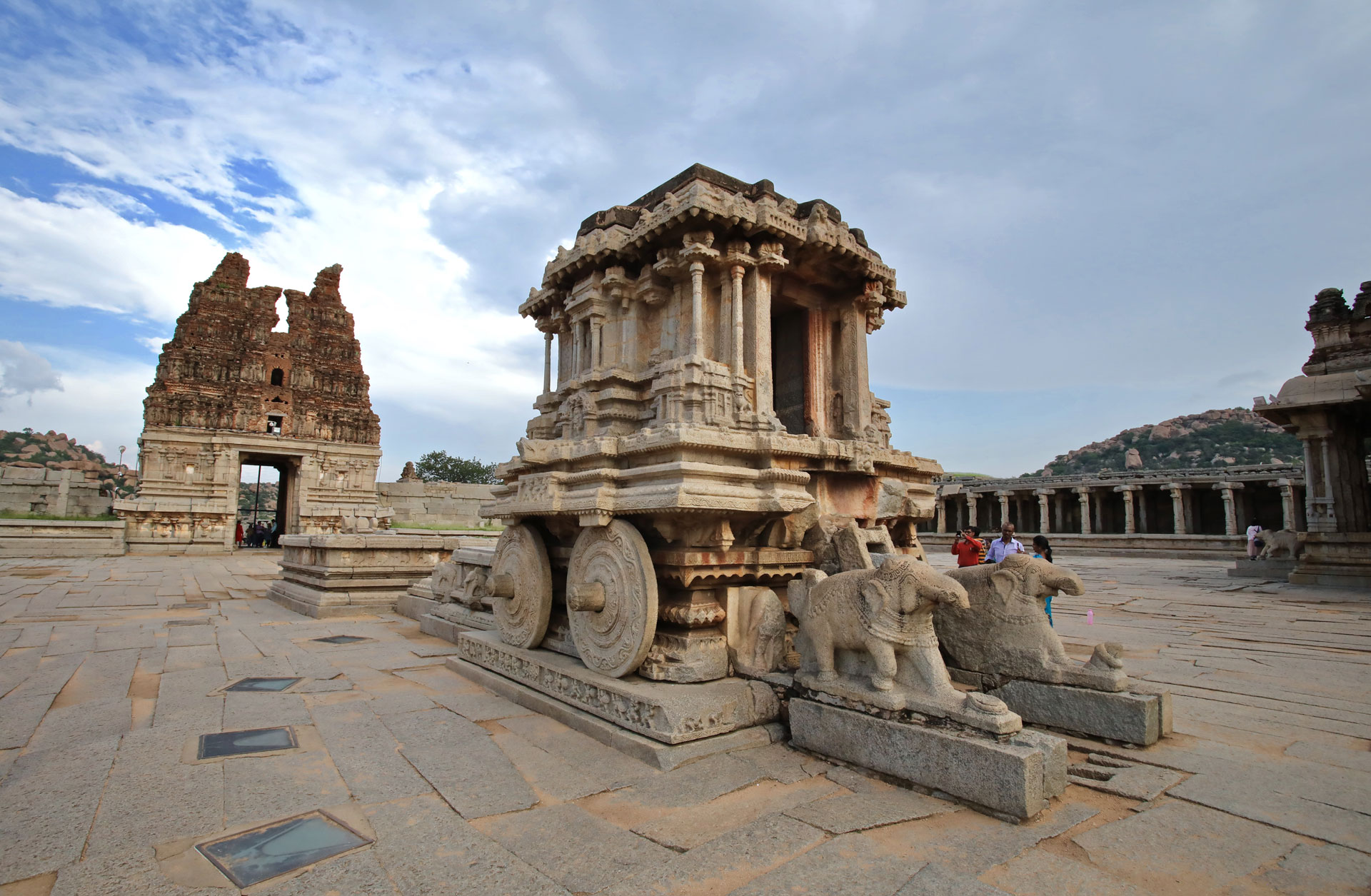 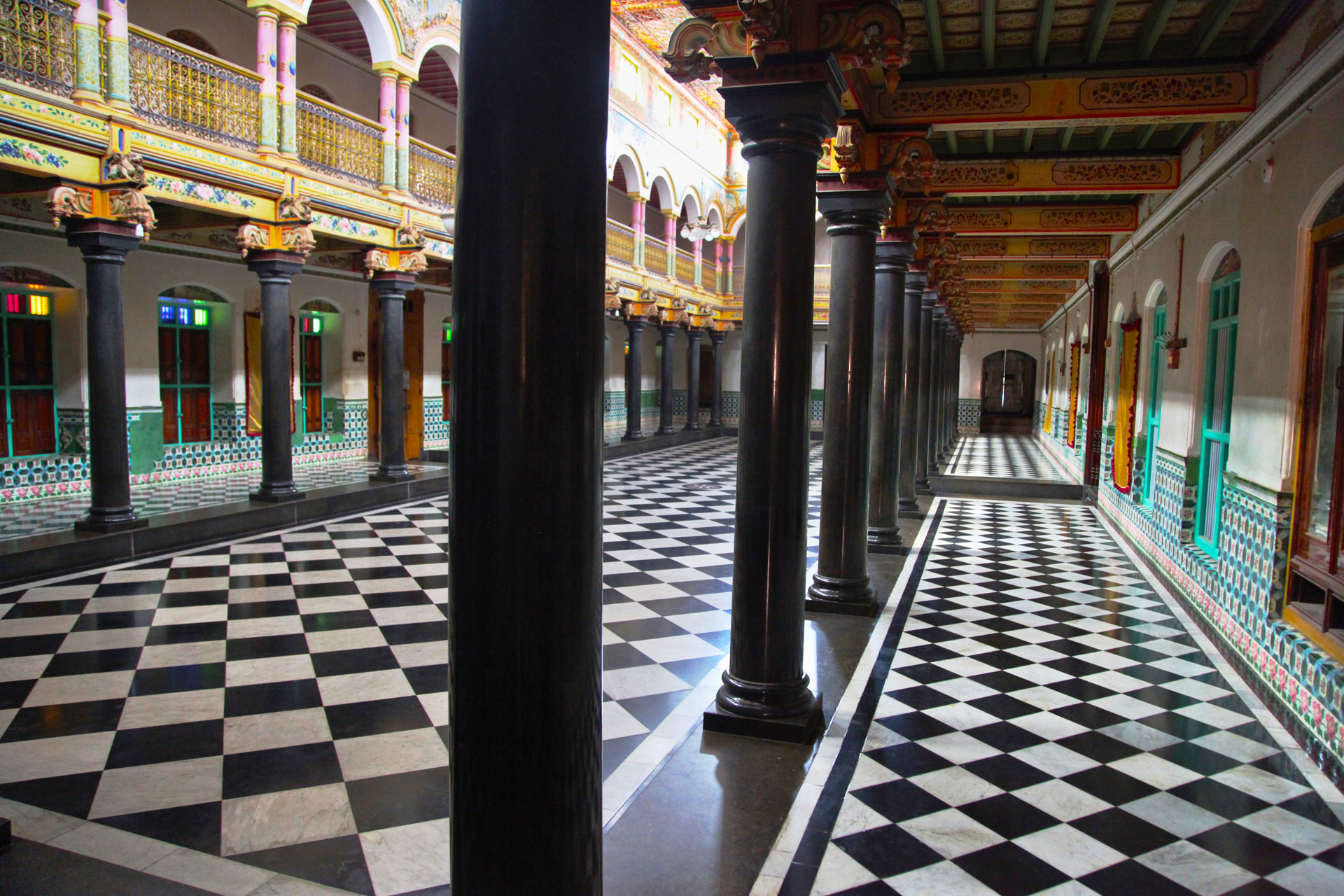 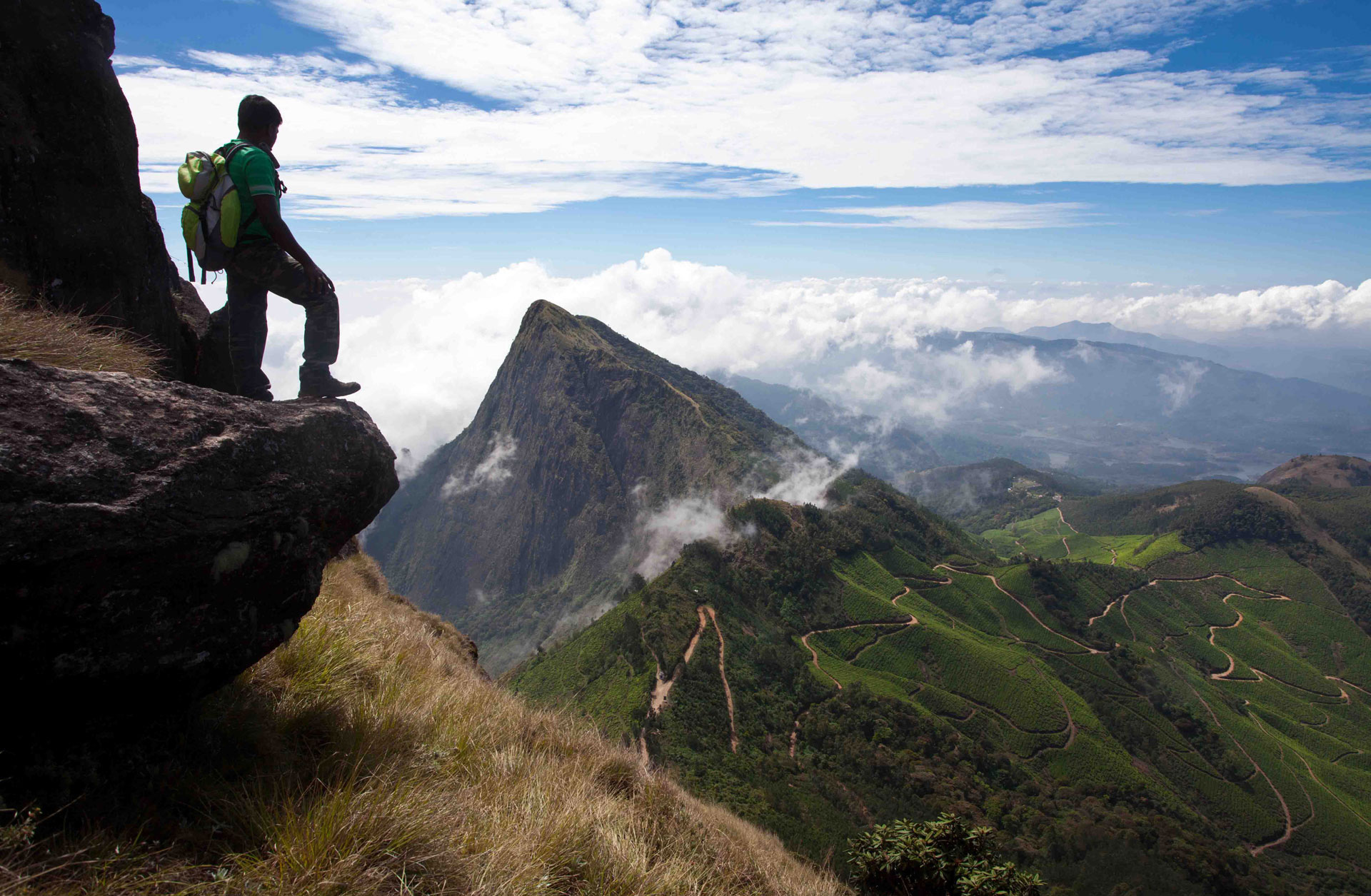 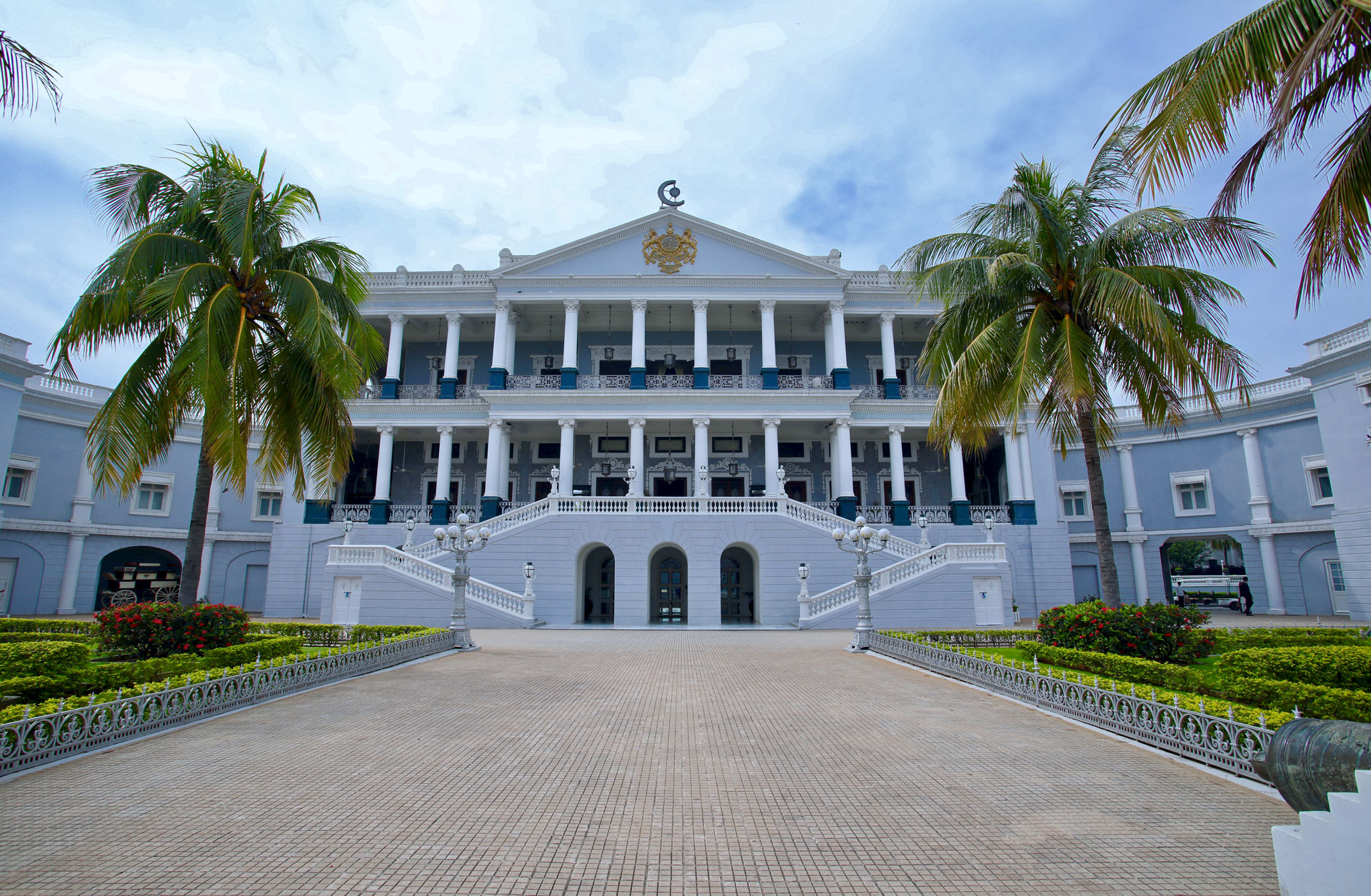 South India comprises of the states of Kerala, Tamil Nadu, Andhra Pradesh, Karnataka, Goa and the islands of Lakshadweep and Andaman & Nicobar. Each state has its own language and its own cuisine, the people have distinct customs which again vary within the state. The cuisine varies markedly with every sub-region. It is naturally endowed with fertile lowlands, long coastal stretches, dense forests, high mountains and vast plateaus. Its architectural grandeur is reflected in the magnificent domes and minars, sprawling temple complexes with beautiful carvings and giant statues.

Tamil Nadu is culturally vibrant with grand temples and a thriving tradition of Bharatnatyam and Carnatic music. The temples atChidambaram, Tanjore and Madurai are reflections of architectural expertise and splendour of the Chola and Pandya kings. The rock-cut temples at Mahabalipuram have exquisite carvings on stone and a spectacular setting on the sea-shore. Pondicherry with its French influence exudes an old world charm and is an eclectic mix of French and Tamil cultures. Tamil Nadu’s hill stations of Ooty and Coonoor are among the oldest and highest hill stations of South India. Valparai is a newly developing tourist destination surrounded by tea and coffee plantations and ideal for a rest or walking and trekking.

Travelling through the boulder strewn landscape of Hampi, the temples at Badami, Aihole and Pattadakal, the Muslim architecture at Bidar and Hyderabad offer a peek into the life in the prosperous kingdoms that ruled the Deccan plateau. Southern Karnataka’s rich cultural heritage is reflected in the temples at Belur, Halebid and Somnathpur and the elegant palaces of Mysore. The national parks at Bandipur and Nagarhole, the plantations of Coorg, the sandalwood forests around Mysore and unexplored beaches from Mangalore to Karwar make Karnataka an appealing mix with a wide array of options.